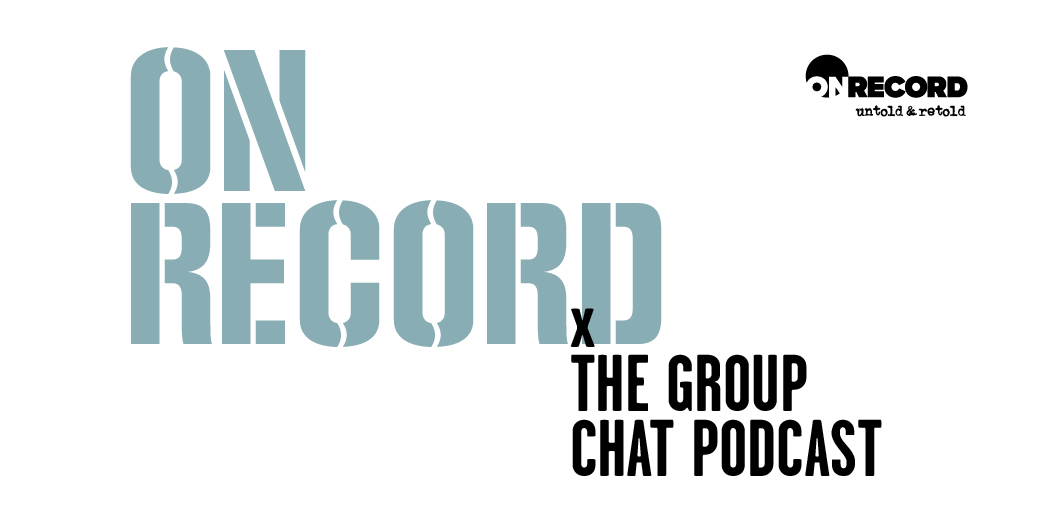 THE GROUP CHAT PODCAST is two lifelong friends who join forces with GoPlay Studio to bring a collection of podcasts with guests from all walks of life sharing their experiences, expertise and insight. We explore what it’s like to be a modern day scouser with a twist; in depth chats unscripted with real people, real lives, real talk!

The Group Chat Podcast have linked with ON RECORD: UNTOLD & RETOLD for a series of four podcasts that focus on the lives and challenges of four black music professionals.

Produced by: The Group Chat Podcast

In this GROUP CHAT PODCAST Errol and Marcel sit down with Ben Sharples and Delleile Ankrah, two members of the R&B band MiC Lowry. The lads talk about their come up and the early experiences of growing up in Liverpool as black lads. They expand on their own personal passion for music and influences which have helped shaped their musical careers.

We also find out what it’s like to go on a European tour with Justin Beiber and what new projects the band have in store. In this episode we also cover the impact the black music scene is having on the city and how the band have had to overcome challenges in order to pave way for the next generation of black musicians in the city.

In this episode Errol and Marcel sit down with Johahn. Originally raised in London, Liverpool became his second home after high school. During the chat Johahn discusses the differences growing up black in London and how that compared to the black Liverpool experience.

We find out how he went from turning a part time job promoting for a club in the city centre into a successful Marketing and Event manager for some of the city’s best loved nightclubs. We discuss how the black music has taken over the mainstream market and the benefits this brings to the club scene in the city. 2020 has brought challenges few were equipped to deal with, so we find how the industry is coping with the current restrictions in place.

Errol sits down with Kof in this GROUP CHAT PODCAST to discuss his evolution as an artist and how he has become an integral part of the black music scene within Merseyside. Kof breaks down what goes into running a recording studio and how the musical landscape has changed over the years since he first got involved.

Listener Discretion: contains strong language in parts of the conversation

In this episode Errol sits down with Hannah Lynch and gets a glimpse into the music scene through the eyes of a female and one of the most in demand DJs within the region. They also discuss her link up with G33 and working for some of Liverpool’s best loved night venues.